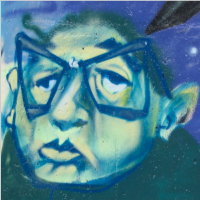 by invisiblethreat on May 31, 2021 under books
6 minute read

If you pick up a single skill from the book it will improve your learning forever. The return on investment is hard ignore.

Limitless is a book on learning by Jim Kwik. It breaks down the components of learning, and the different modes and strategies of the components. Since learning is multi-faceted, it makes sense that there are improvements in several areas that can be leveraged in concert to show fairly large(multiplicative) result.

My initial interest was around being able to enhance my reading abilities, as I seem to have accumulated a rather large backlog of books around my home- each now lingering in various states of completion, some with, shamefully, spines the still creak and crack when opened. This had turned into guilt. I’ve been building a list of new books that I want to read(ending of the gold standard, physical performance, data science), but the unread pile has been haunting me. Reading a book that would help me to learn, retain, and potentially help me read faster seemed like the right investment before tackling the backlog.

Some notes on Notes

Note-taking is covered in this book, but I think it(and lots of other folks) somewhat miss something that I feel is really foundational to non-fiction/learning note-taking: take your notes on a sheet of paper. This has several benefits in my opinion:

The book has autobiographical components, which are used to illustrate how learning skills are not fixed and can be improved. This is a powerful message, however I feel that the story gets repeated/tagged too many times for the purpose of the book. Other than this relatively minor complaint, I found the book to be very valuable. For me the most valuable sections were on all in Part 4:

‘Focus’ is something we’re told to do, but not taught to do. At the most basic form it is targeted meditation for the task at hand. It’s about noting/pushing out interfering thoughts and staying on task.

‘Study’ is another thing that we’re told to do, but not taught to do. This section was a bit more involved that I initially expected. There are things that are incorporated that I wasn’t expecting either: posture, scents, and baroque music. Some of the more traditional parts are: spaced repetition and active recall.

There were exercises in this section that really demonstrated the value in imagery as it impacts recall. Building vivid stories around things that you need to remember had me immediately improve my score from a 5/10 to a 10/10. I was also able to very easily obtain a 10/10 reversing the order as things weren’t strictly placed, but were in a form that I found much more accessible. To this day I still struggle slightly with alphabetization, and often find myself running trough the list in my head to do comparisons, and always in the forward order. I often think of the comedy sketch where someone is pulled over for a roadside sobriety test and are asked to recite the alphabet backwards. The payoff to the sketch is “I couldn’t do that even if I was sober”. It gives me irrational anxiety as I know that I couldn’t recite the alphabet in reverse. Furthermore, I know that it’s a waste of time to learn it in reverse, yet the irrational anxiety persists!

The concepts of ‘primacy’ and ‘recency’ are covered as the points that most often facilitate recall. A time block of about 25 minutes is recommended. If this sounds like a Pomodoro interval to you, that’s because it is.

There’s a lot of information in this space, and lots of conflict. Personally I found this very valuable, and this is the main reason the book bubbled to the top of my list. If I can consume faster and retain the same(or more), then the book becomes a very high leverage item for all future reading and learning.

I have known since grade school that I read faster than the general population, but had no real concept of what the general rates are, or where I was in relation to those numbers. There was an exercise in the book to baseline, some techniques presented, and then a retest. For me, it gave the following results:

I find it hard to ignore this gain, in a matter of minutes, with relatively little practice. Committing to regimented practice seems like it had the potential to push things even further. Almost all of my gains came from using a visual leader in the form of my finger. The other concept that I feel that will take time to develop is widening of peripheral vision to chunk words. The example given in the book is ‘report card’. ‘Report’ has a meaning, as does ‘card’, and when combined, there’s a different meaning- if you’re not chunking ‘report card’ as a single item, there’s processing overhead of pattern recognition, and the time to access the meaning.

Get the book, take the notes, do the exercises. Improve the skills that improve all other knowledge acquisition pursuits

The construction of my books was pretty shoddy. The spine was twisted and seemed partially delaminated. I’m not sure if this was due to, or the cause of, the covers bowing away from the pages. Maybe it was just this run, or maybe it was the company that did the binding.

learning, reading, memory, tools
comments powered by Disqus
Read More
2021- The year in review
Another strange year in so many ways Continue Reading

VSCode, GOOS, and you.